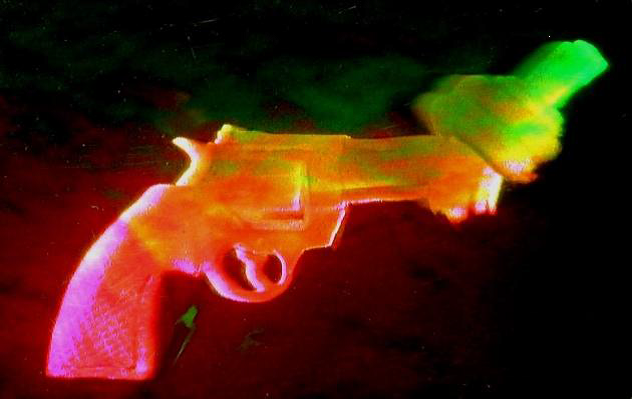 (This was the first time in the world that a daily paper used a hologram at the front cover, HoloMedia AB Sweden) Referring to Non-violence, it can be mentioned that the Swedish artist Carl Fredrik Reuterswärd, a pioneer in art holography, made the Non-Violence 1988 gun sculpture. It is located outside the United Nations building in New York.  Text/photo professor Hans Bjelkhagen 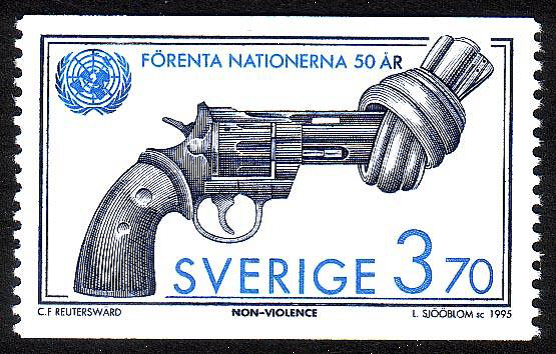 The Non-Violence sculpture has been featured on a Swedish stamp. It was issued on August 3, 1995. This stamp was issued to mark the 50-year anniversary of the United Nations. Text/photo professor Hans Bjelkhagen