Stephen Hawking as Peppers Ghost a 2D projection in Hongkong but why did the Press call it a hologram?

The Times wrote that Stephen Hawking gave a lecture as a hologram though it was a projected two-dimensional video film towards a half transparent mirror as a display. Richard Lloyd Parry and Oliver Moody managed to mix the this old projection technique with the great  innovation, holography, producing three dimensional pictures with laser.

Click here https://hologram.se/peppers-ghost/ Peppers Ghost is just a projection technique and has nothing to do with holography – a Nobelprized lasertchnique – the only three dimensional media.

Several companies are marketing projections techniques as hologram, holographic and 3D. It´s the same as to say: a bike is a car (both are vehicles and have weels but that´s it).

For 10 years the false marketing have been going on with the great help from Press/Media. If they had done their home work, Wikipedia is describing what a hologram is and what a projection is. Easy!

Serious scientists in the holography world have since the Nobelprize 1971 developed the laser technique. Today they are producing holograms where it´s almost impossible to see the difference between an object and a hologram! In other words, ULTRA REALISTIC PICTURES. But instead of saying full colour holography, full colour holograms they call it OPTO CLONES to avoid  to be mixed with all faked news about holograms!

You can read about Ultra Realistic holograms, click here  Forbes.Paper.Version 6 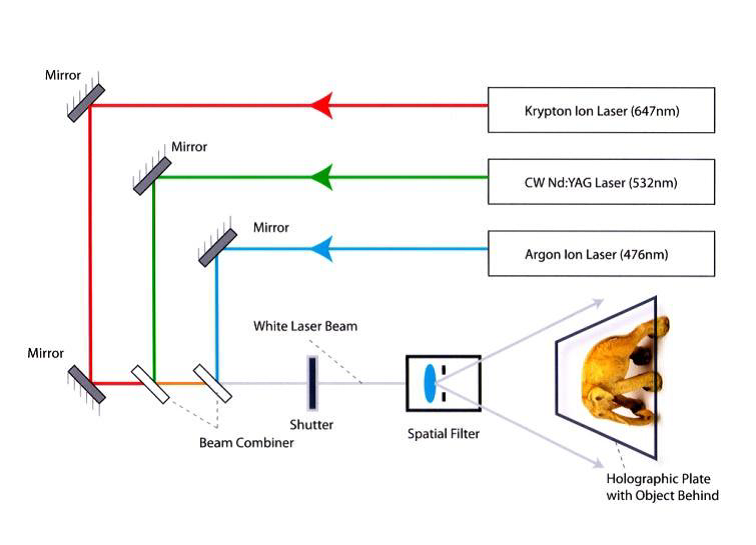